Mayfield Market Town’s proposal to build a new town of 7,000 to 10,000 houses on acres of pristine Sussex countryside has no local support.

The proposal has unleashed significant opposition from our local MPs, Parish & District Councils and local residents, and was deemed “unsustainable” by a Planning Inspector in March 2018, when the latest Mid Sussex Plan was adopted.

The development is being promoted on the basis of minimal commuting, but there is an established pattern of out-commuting from the district, which is likely to persist. Mayfield’s development plans do not provide enough retail and office space to meet their objective of “self containment” in employment. 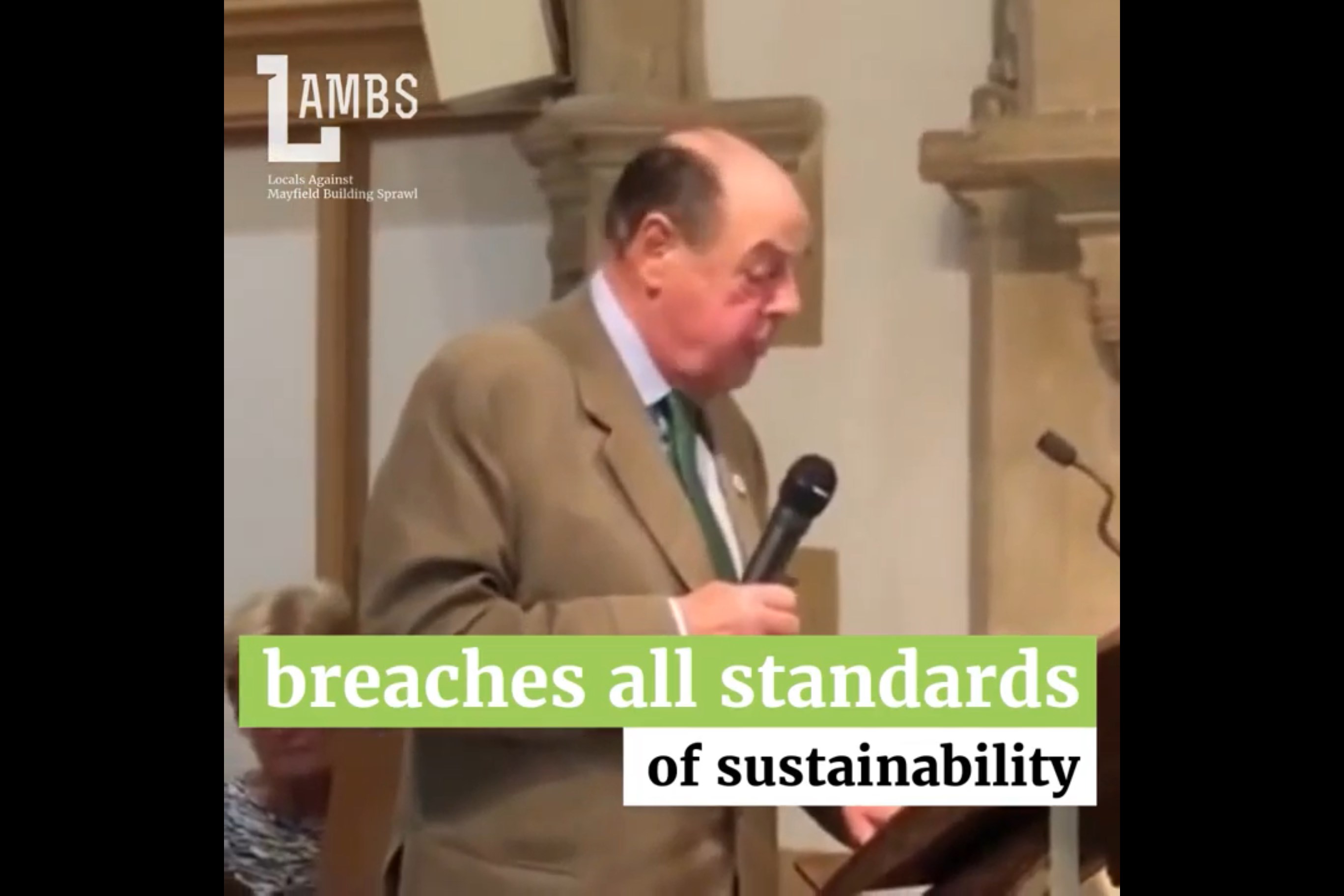 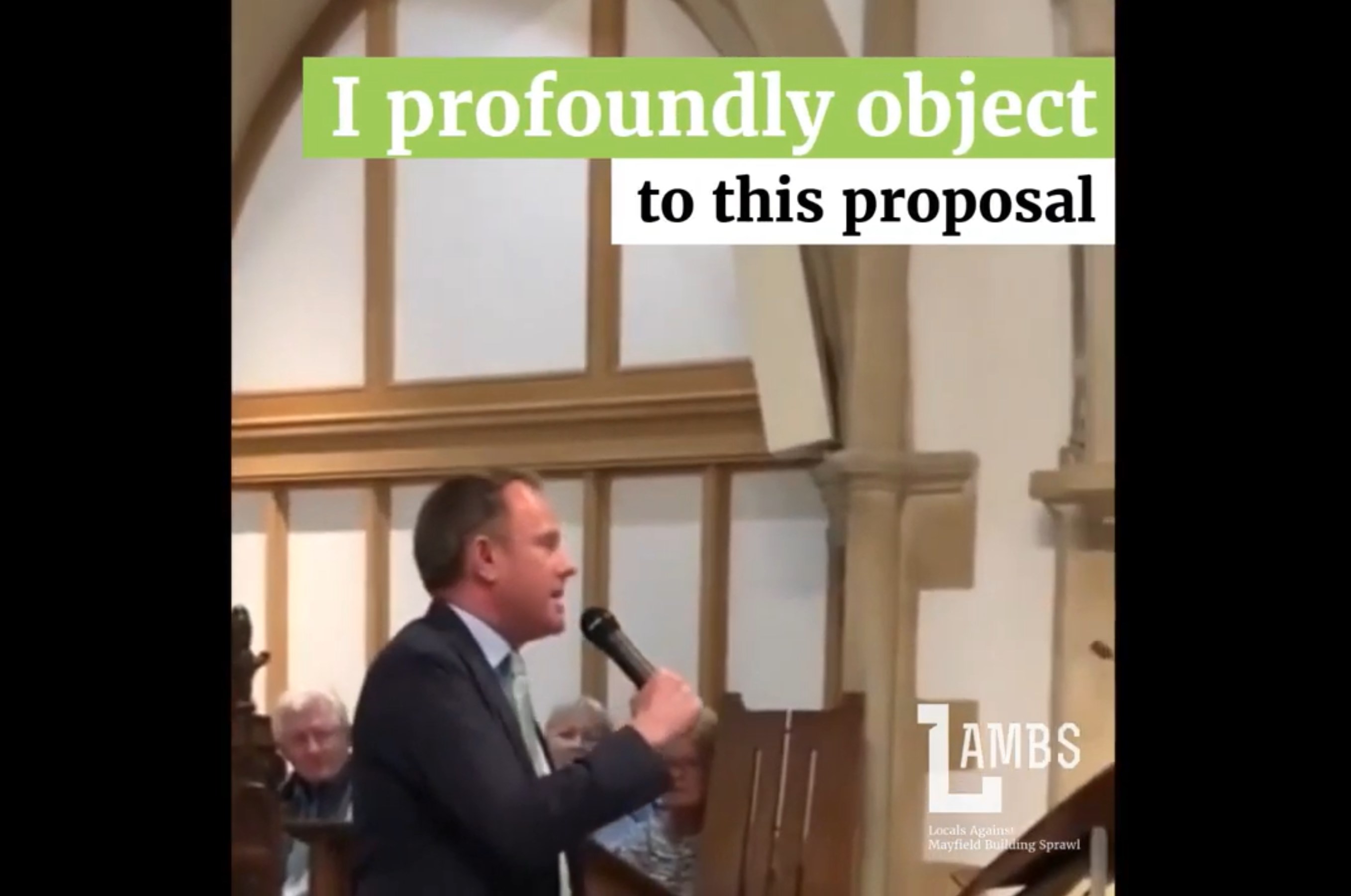 The Low Weald Sussex is a significant floodplain on the banks of the tidal river Adur.

The proposed site is in an area prone to fluvial flooding with significant risks for settlements further downstream, such as Shoreham, Upper Beeding, Bramber and parts of Steyning, as simple mitigation onsite is unlikely to resolve the wider impact. Also identified are potential serious issues with wastewater disposal as well as inadequate areas for balancing large amounts of new surface water run-off. The additional wastewater and run-off arising from the Northern Arc development upstream in Burgess Hill, and potential impacts from the rise in sea levels given that the Adur is tidal, indicate that the challenges of the site will only worsen in the future.

There is a high-pressure gas pipeline and major electricity pylons running straight through the area of land Mayfields are proposing for their new development. The electricity pylons would need to be buried underground, costing millions of pounds; the cost of which will ultimately end up being paid by potential homebuyers.

In over 7 years of planning Mayfields have not provided any sustainable transport solutions.

The local highways network already operates at close to or above capacity and the additional traffic and trips generated by the proposed development would contribute towards severe congestion at several junctions and links unless extensive mitigation is clearly set out in advance of any development.

The development would create up to 46,000 trips every day including large increases at junctions such as Wineham Lane/A272, which would experience an increase of 900 trips turning out of Wineham Lane in the AM peak hour.

The nearest railway stations are located at least 9km from the site with limited parking and services running close to capacity. Bus services are currently very limited and even with the proposed additional services, the site is highly likely to rely on car travel as the most convenient mode of travel.