Flood experts are warning that thousands of people would be flooded out of their homes if developers get the go-ahead to build 10,000 new houses at the top of the River Adur flood plain.

“Every time it rains there would be massive floods which could wipe out Shoreham,” says Frank Preston who worked on the river for 30 years, as a Flood Defence Agent for Southern Water Authority. “The extra impervious run-off from houses and roads, that sort of thing, would just overpower the river.”

Mr Preston warns that building more houses on the river’s catchment could result in scenes worse than those witnessed on the Somerset Levels this winter, swamping homes on the Adur flood plain with millions of gallons of extra water every day.

“It would be much worse – because of the number of houses and businesses that would be affected,” he says. “And not just on the coast – in Bramber, Upper Beeding, parts of Steyning, parts of Henfield, Small Dole and Woodsmill. They shouldn’t build at all; they really shouldn’t, honestly – because we’ve not got capacity on the river.”
Images of local flooding can be seen here:[button link=”https://lambs.org.uk/gallery/lambs-gallery.html” size=”large” style=”info” bg_color=”#ffffff” text=”dark”]LAMBS FLOOD GALLERY[/button]

Mayfield Market Towns wants to build the new settlement on 1200 acres of countryside at Wineham – partly on the river’s clay catchment and partly on the 10 mile flood plain, which stretches from Shermanbury to the coast.

[quote style=”boxed” float=”left”]“The impact of the drainage system and surface water run-off will be a nightmare,”[/quote]  John Donaldson, former Operations Manager for the Environment Agency, with 35 years of experience in the water industry, says he was “horrified” when he heard of the plan.

“The impact of the drainage system and surface water run-off will be a nightmare,” he says. “We can hardly manage the run-off that we’ve got at the present time. There’d be even greater flooding without doubt – to land, to property, to road systems and transport – everything. The upland catchment already has enough water in the meadows and fields – we cannot take any more water.”

And he says the problem would be very difficult to overcome.

“If I can be blunt about it,” he says “the best way is not to build there. You would have to have quite an elaborate drainage system, way down to the lower reaches of the Adur to get rid of the water. We cannot have any further water. They will advocate you can put it into ponds – but already the area is full. You know, you’ve got to get rid of the water somewhere and this is the problem.”

All domestic water in the River Adur catchment area is piped in from the Arun and the Ouze before being discharged into the Adur from 14 waste water treatment plants within a 10 mile radius.
Peter Haworth Booth has firsthand experience of the effect a new development can have on the floodplain. He lives at Rye Farm in Henfield, which sits on its own island after heavy rain. He says he has noticed a marked change in the speed and the level of flooding since a new housing estate was built in the village 10 years ago.

“It’s definitely worse since they built Deer Park,” he says. “It’s the speed of the run-off that causes most problems – it hits the roofs and then it is here in half an hour, which never happened before because it was all farmland.”

Mr Haworth Booth has now built a 400 metre dam around his house to keep the water out, and has raised his driveway by nearly six feet to give him access across fields which have been flooded since before Christmas.

“I’ve learned a great deal about water because part of my business is lakes and dams,” he says. “We work for various estates and councils including the National trust, Natural England and The South Downs National park. The implications of Mayfield are enormous. I think a lot of houses just won’t be habitable. I don’t know what the quantities of water are but the speed of the run-off is going to cause mega problems from here down to Bramber.”

Brian Snell who owns the Bull Inn at Shermanbury, just a mile downstream from the new town site, has also noticed more frequent flooding in recent years. His pub is at Mock Bridge on the A281, which is frequently closed due to flooding.

“Various neighbour’s houses have been badly flooded in the last two years… and they are still flooded now. At the moment, I think we’re ok but if there’s any more water coming down the river then I’m pretty certain it would come up to us. It stops probably about 30 ft away at the moment, so it’s not a big gap to be honest.

[quote style=”boxed” float=”left”] it would be disastrous for this area.[/quote] “People who have lived here for a long while do seem to think that the run-off from all the development in Burgess Hill is causing more and more water, coming down the river which really can’t take it all. With the possibility of 10,000 homes, you dread to think of the amount of water that it’s going to produce – even in a normal winter rainfall, it would be disastrous for this area.”

“The concern we have here is always that any water coming downstream has to go under Beeding Bridge which is probably only about 20ft across and a very narrow structure that everything has to go under,” he says. “Historically, until the river was embanked further in the 1970s, we used to have regular flooding here. We’ve got used to not having it and we don’t want to return to the bad old days when all the High Street ended up flooded.

“I’m a bit sceptical about the chances of any engineering solutions into that. If they want to make a profit on the whole build – and we are told that these days the margins for these big building projects are fairly low anyway – they are going to have to engineer some kind of huge storm drain system and retaining tanks that would have to come down below us. Otherwise, again, we are going to have the same problem.”
Images of local flooding can be seen here:[button link=”https://lambs.org.uk/gallery/lambs-gallery.html” size=”large” style=”info” bg_color=”#ffffff” text=”dark” window=”no”]LAMBS FLOOD GALLERY[/button] 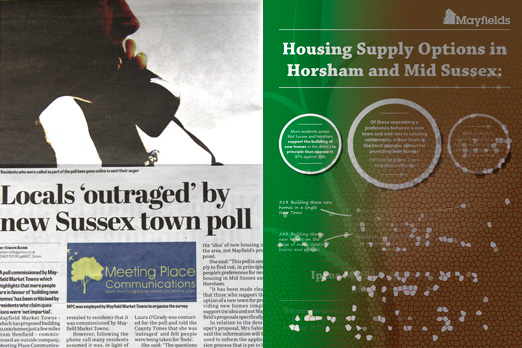 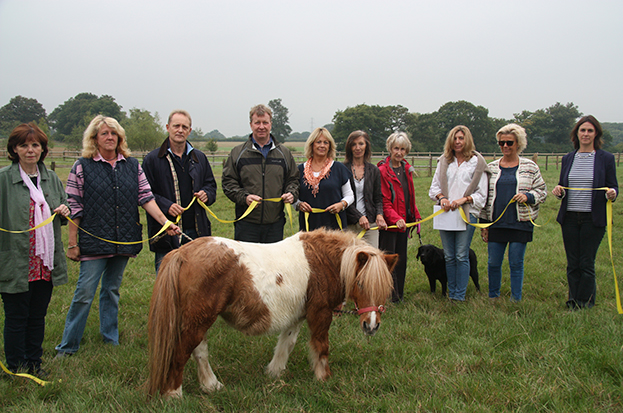