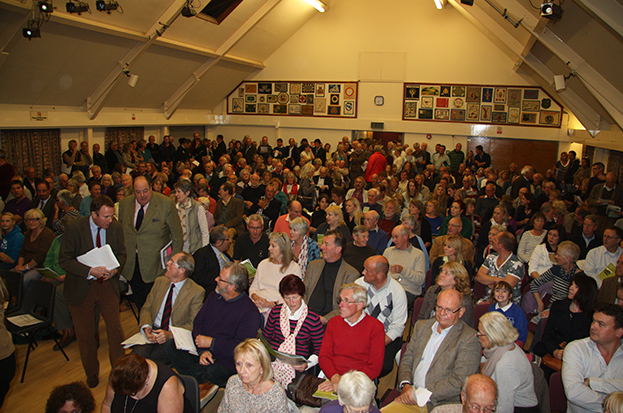 Two West Sussex MPs are urging villagers to unite, to fight a “serious threat” to their countryside.

Hundreds of angry locals squeezed into a packed Adastra Hall in Hassocks on Friday night (Oct 18), to discuss proposals by London Property Company, Mayfield Market Towns to build a 10,000 home new town on countryside between Hurspierpoint and Henfield.

Speaking to the crowd of more than 400 people, Nick Herbert, MP for Arundel and South Downs said,

“This is a serious threat. Mayfield is behaving appallingly in trying to undermine Mid Sussex’s District Plan, which they effectively hope to get over-turned. They’re not getting their way through the democratic process, so they’re trying to subvert it. I think that is absolutely contemptible.”

Mr Herbert was joined by Mid Sussex MP, Nicholas Soames, who also spoke at the meeting, which was organised jointly by the Campaign to Protect Rural England and local protest group, LAMBS.

“Mayfield is targeting a sparsely populated area, made up of flood plain and small ancient villages, where a wonderful community spirit exists. The developers can’t see any of this from their maps, or from their helicopters, they just see countryside; which to them means big profit.“We are not NIMBYs… we understand that more housing is needed, but it needs to be sited in the right places, by the right people”

So many villagers turned up for the meeting that there were queues outside, and some people had to go home. Among them was Ian Simmons, From Sayers Common: “I am disappointed not to get in,” he said, “But really heartened by the amount of support, and the number of local people who are here.” 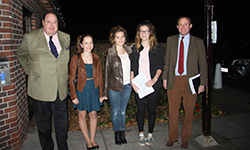 Among those who did get in were local teenagers, Holly Richardson, Isabel Widdowson, Imogen Watson and Annabel Locke. The girls presented the two MPs with a young peoples’ petition of more than 300 signatures asking for greater protection for the District’s countryside. 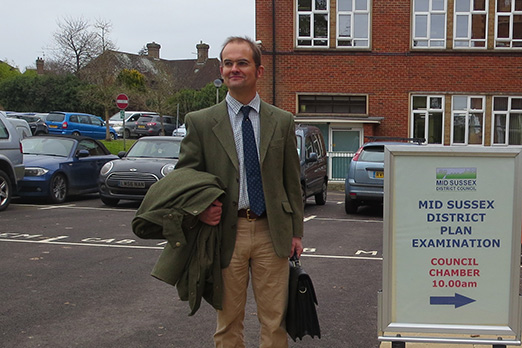 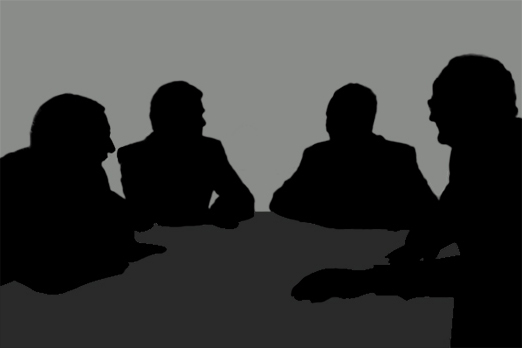