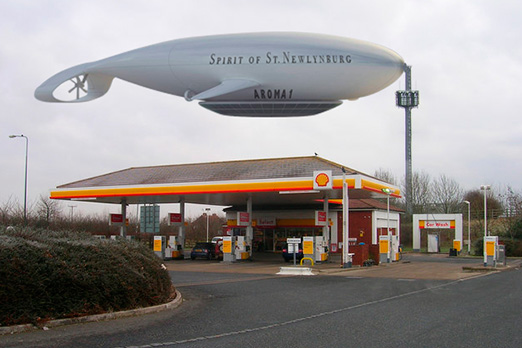 A Property Company hoping to build a new Market Town in Sussex has today unveiled its ‘Sustainable Transport Solution’.

Protestors claim the new town would be unsustainable because of its rural location, eight miles from the nearest railway station. However, this morning, the Market Town’s Directors have announced plans for a revolutionary solution, which will be completely independent of the existing road and rail infrastructure.

The new service, due to be opened in 2018, will rise above the area’s congested transport network. The zero carbon ‘Shuttle Ship’ has been developed by scientists at the Laboratory for Research into Gaseous Propellants in Jussaro, Finland. It will be powered by Phonetically Generated Hot Air® and locally sourced Bovine Methane.

The system’s inventor, Dr Stan Kabbit, says the new shuttle will transform the lives of thousands of commuters all over the South-east.

“In essence, this is the future,” he says. “The road and railway network in the South-east is full – but there is one space we still haven’t properly utilised – and that is the space above our heads. These ships are ideal because they don’t travel at a high enough altitude to trouble passenger jets, and yet they can easily glide above the congested areas.”

Dr Kabbit says the ‘Shuttle Ships’ work on the same principle as the old Airships. However, thanks to a breakthrough in the quantity and density of modern Phonetic Hot Air; these ships, despite being smaller, will able to carry up to 500 passengers at once. He plans to test drive the first ship (Spirit of Newlynburg Aroma 1) on a route between a ‘Park and Glide’ at Hickstead and a purpose built roof platform at Kings Cross later next year.

[quote style=”boxed” float=”left”]This is zero carbon – and that is our goal[/quote] Market Town Director, Lord Bill Dongreen, said the development was a breakthrough in sustainable transport technology.

“This is zero carbon – and that is our goal,” he says. “Every household in the market town will have access to a bank of golf buggies – or possibly pedalos in the winter months – to drive to the Park and Glide. From there they could be in central London in less than half an hour, using a new shuttle service powered solely by our own abundant hot air – this is very exciting news.

“Until now, people in these rural backwaters have been completely deprived of vital urban facilities – there have been reports of some families having to travel two miles for a pint of milk! Now, not only will we be providing them with a vibrant commercial centre, they will also have a cutting edge fast link to the greatest city in the World.”

Transport Secretary, Don Owattadoo, says he welcomes the idea in principle, but is worried by the erratic nature of hot air supplies.

“Bovine Methane resources are fairly constant,” he says. “But Phonetically Generated Hot Air can come and go. We are concerned primarily with the possibility that once the NPPF has settled and the rush of ‘developer-led’ hot air has dried up, then the fuel supply for these ships may also dry up.”

His concerns were echoed by the local protest group set up last year to fight the new town proposals.

“Where do they think all this hot air comes from?” says the group’s founder, Will Packamoff. “These developers will say anything to line their pockets – they are full of hot air. Of course this gas will dry up when they finally go away and leave us in peace!

“Do you fancy a pint before they bulldoze the local?” 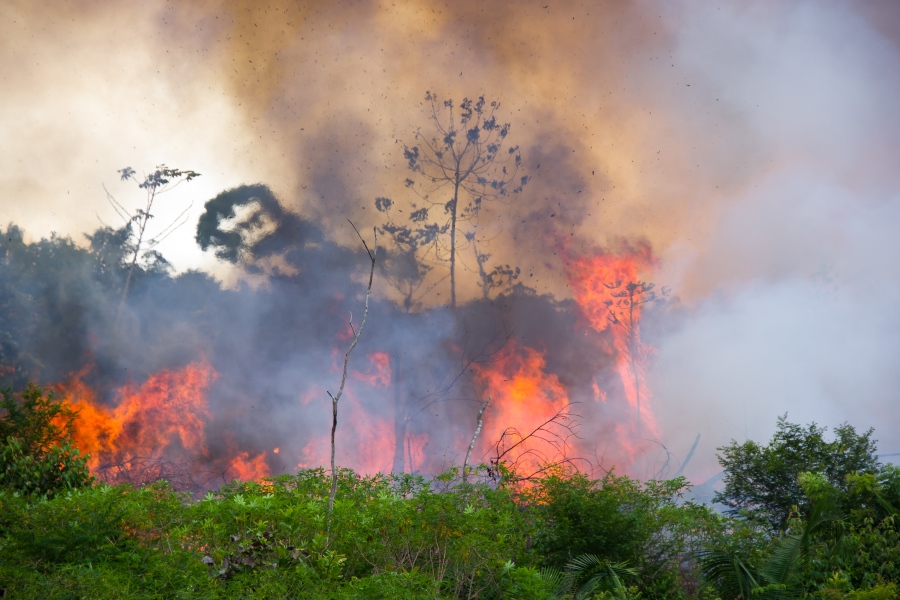