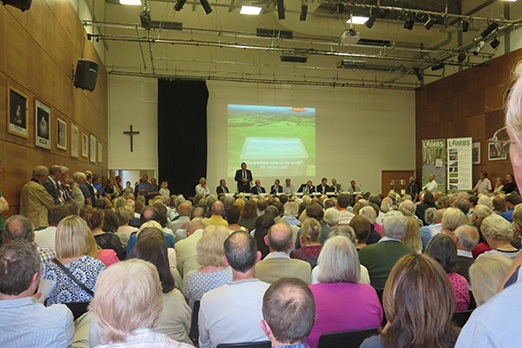 Despite beautiful barbeque weather and a lure of a World Cup match, around 500 people crammed into St Paul’s Catholic College Hall in Burgess Hill for the Public Meeting. There were so many people, that the hall was filled to capacity and some had to listen from outside. 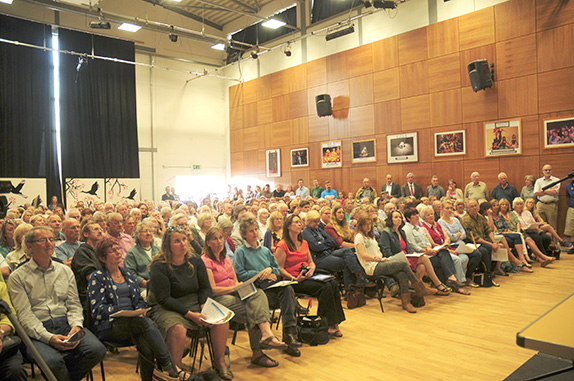 Nick Herbert told the crowd of his frustration with Mayfields’ persistence against a wall of local opposition and the obvious unsuitability of the site.

“It is on Greenfield land – Greenfield land that, as we saw over the winter, is prone to flooding… and it is nowhere near a railway station. With absurd pretence this company has suggested that most people in this new town of 10,000 houses will work within the town. We know that’s not true that’s nonsense – what will happen is that they will get into their cars and drive to work.”

Mid Sussex MP, Nicholas Soames followed Mr Herbert with an attack on the underhand tactics Mayfields has employed in a desperate bid to win support for its scheme.

These people will stop at literally nothing,” he said. “They have lobbied every Councillor – they’ve been after them, they’ve tried to get them to meet them and to talk to them. But they won’t have it – our Councillors are rock solid on this, and know perfectly well that this is the wrong proposal, from the wrong people at the wrong time.”

Mr Soames also stressed the importance of supporting the LAMBS campaign against Mayfields.

“Together we have a more than fighting chance to see this off.” He said, but he warned it could take some time.

Mid Sussex does not support this proposal,” said Mr Webster. “It is not in our district plan which has a bottom up approach and has widespread local political support. It is not supported locally by Neighbourhood Plans either. It is developer led by a national company, and we see it giving no benefit to the local area.”

Speaking for Horsham District Council, Mr O’Connell expressed his frustration at the way Mayfields has presented its plans.

We have made provision for the houses we think we need in the Horsham District for the next 20 years, and that does not include Mayfields,” he said. “We did look at their policies briefly; they claim there are no objections from Statutory Consultees, but this is only because the variable in their planning makes it difficult to assess the impact on things like transport and flooding. But this is because the environment agency, the highways agency and West Sussex County Council cannot assess the impacts due to lack of information.”

Mayfields proposed 10,000 home settlement would have a devastating impact on the thriving village of Henfield, which has already suffered considerably at the hands of the Government Planning Inspectorate. Most recently, the Inspector overturned a local planning decision by giving the go ahead for 160 houses on a greenfield site in West End Lane.

Kenneth MacIntosh from Hands off Henfield warned people not to rely on Neighbourhood Plans to protect their villages and countryside. He urged people to get behind their local MPs to secure more democracy in planning issues.

Mr Herbert told the crowd he would be calling on the government to abolish the Planning Inspectorate;

When the Infrastructure Bill comes to the house of commons,” he said, “I intend to table an amendment. I know that I will have Nicholas’s support and I suspect I will have the support of a very large number of fellow members of Parliament to abolish the Planning Inspectorate and to say actually the decision should be taken democratically.”

[box type=”info”]Download transcripts of speeches by Anthony Watts Williams from LAMBS and Kenneth McIntosh from Hands of Henfield.[/box] 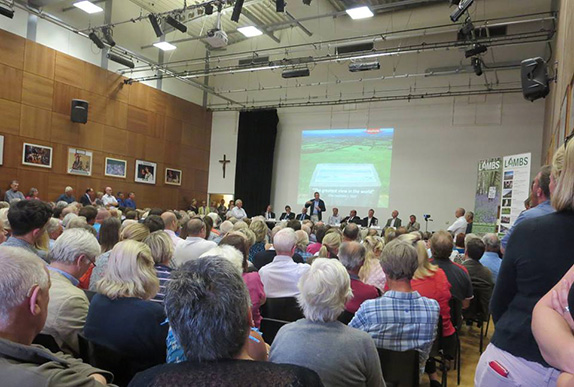 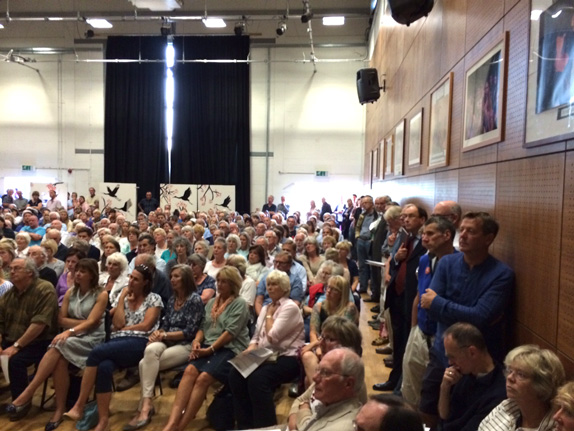 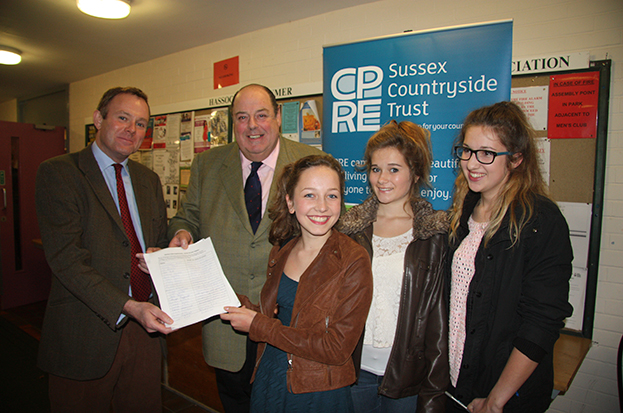 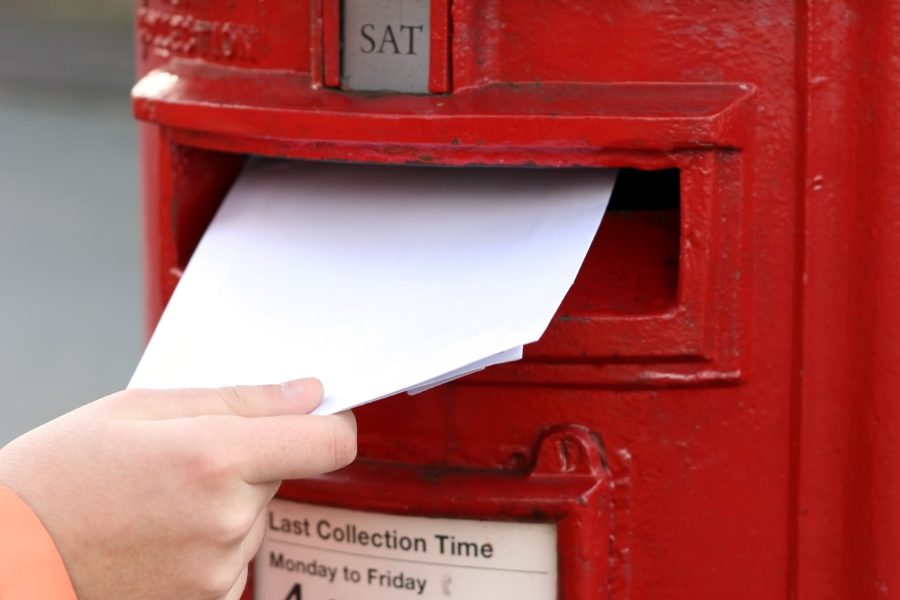 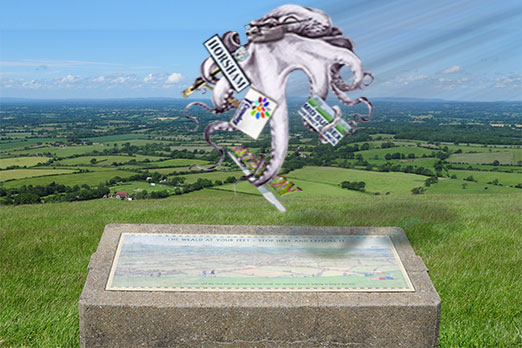